Zornes will take a swing at Shawnee St. 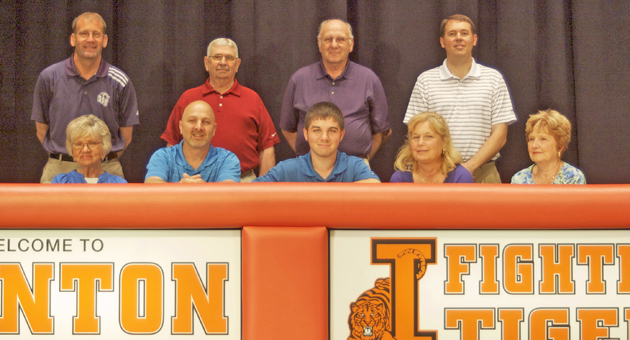 The Ironton golf pipeline is emptying once again into the Shawnee State Bears’ program.

After landing several successful golfers in the past, the Bears have funneled yet another Ironton golfer with the signing of the Fighting Tigers’ senior Josh Zornes.

“Josh has been through the wars. He’s played on big courses against good competition and he’s played in the state tournament. He’s just like the players we’ve got in the past from Ironton.”

Zornes looked at several other schools including Mount Vernon Nazarene, but being familiar with the program, course and players at Shawnee made it an easy choice.

“I knew the players and I’ve played their course a lot over the years. I felt comfortable there,” said Zornes.”

“I have a chance to play, but I know I’ve still got to make the top six. It’s just like high school. There are eight guys and you’ve got to shoot a low score. Nothing is handed to you.”

Zornes works on his game year-round. He was the Tri-State Junior Golf Tour player of the year in the 13-15 age division and last summer in the 16-18 age group.

“Josh’s game has improved a lot over the past four years. He’s definitely a hard worker. It takes a lot of self-discipline to work at a golf game. He’s matured a lot on the golf course,” said Ironton coach Jeff Kerns.

Those inherent qualities Zornes has exhibited haven’t gone unnoticed by the Shawnee coaches.

“We look for someone who is a good student, a good golfer and from a good family. We feel we hit the trifecta with Josh,” said Hopkins. “You don’t have to worry about him as a student.”

Shawnee returns three solid players from last year, but the Bears are still in a rebuilding stage.

“We need to build our team and Josh is a good building block,” said Hopkins.

I’ll Have Another has another

I'll Have Another (9) overtakes Bodemeister (7) in the final stretch to win the 137th Preakness Stakes at Pimlico Race... read more