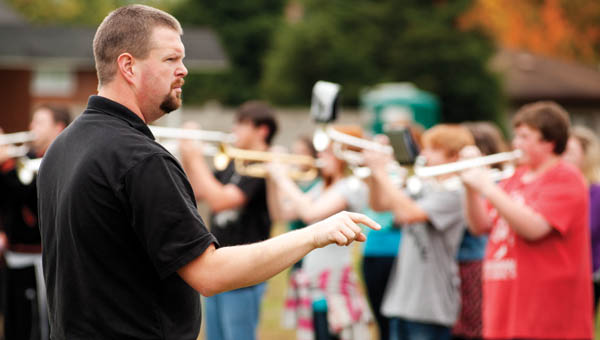 Seventeen high school bands and their fans will make their way to Ironton this weekend, putting forth their best effort and hoping to be No. 1.

“We consider it one of the premier competitions in Ohio and certainly one of the largest,” Ironton band director Jeff Sanders said.

The following bands will perform Saturday, in this order:

Sanders said to put on the competition, planning has been going on for a long time.

“The planning begins in January and the bulk of the work takes place the last six to eight weeks,” he said.

“This year is the biggest we’ve ever hosted,” Sanders added. “We should have about 1,200 band students coming. It looks to be a great contest.”

Sanders said Ironton High School doesn’t compete in competitions anymore, other than performing at this one.

“The rest of the performances are for football games, parades and community performances,” Sanders said. He added that the band is performing at the BCS national championship game in Miami, Fla. this year.

He said it has been good for the band to focus on events like that, rather than competitions, pointing out that the band has gone from 40 to 50 members when he started eight years ago, to 133 members this year.

The event is this Saturday at 5 p.m. and is open to the public. Admission is $5, with children, students and seniors being $3.

Relay for Life is a worldwide, team event to raise money to fight cancer, as well as to bring awareness... read more