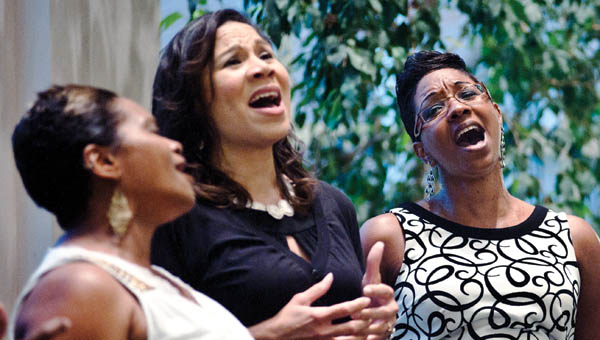 For 60 years the Women’s Civic Club has had a strong community presence in Ironton, especially among African-American women.

The club, which is a member of the Ohio Association of Colored Women’s Clubs, was founded in 1954 with the goal of integrating the Ironton City Pool.

“The swimming pool was what started us up,” Dorsey Conwell, WCC member, said. “We wanted to bring attention to the issue of integrating that and we did. But, it all worked out. Time heals all things and in the end both sides got together and worked together. We just brought it to their attention.”

Today the club focuses on community philanthropic endeavors like overseeing and assisting the Boys and Girls Club of Ironton.

“We try and do little fun things with the kids but things that serve a civic duty around Ironton,” Carol Seward, WCC treasurer, said. “We participate in the city cleanup and donate blankets to the homeless shelter and things like that. Just try to give the kids another outlet and get them interested in making a difference.”

The club had a banquet on Saturday at the Mains Rotunda on the Ohio University Southern campus to celebrate its 60-year anniversary. During the banquet active WCC member and club founder Eva Boykin was honored for her years of service with the club.