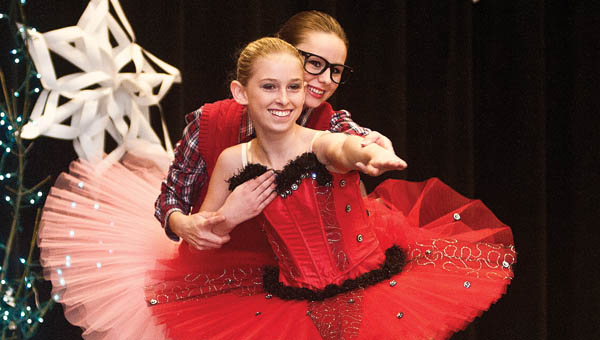 The fundraiser was to raise money for theater lights in the stage area of the high school.

“I think it went really well,” Jayshree Shah, South Point High School assistant principal and organizer of the event, said. “People really enjoyed the performances and the food that we had.”

“This was a really neat thing,” Mark Christian, South Point superintendent, said. “It’s a community event, and it’s good to get the community together and see everyone out getting ready for Christmas and watching these kids perform.”

“This was my first year doing this, so hopefully events like this will be bigger in the future,” Shah said. “I would like to do one big fundraiser instead of little ones throughout the year to help out academic and athletic programs.”