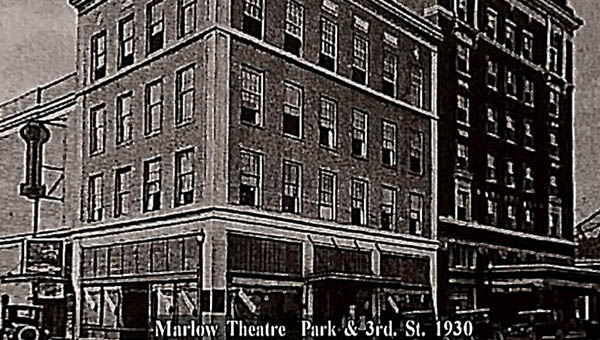 When Ironton native and Greenup resident B.J. Akers combined a heaping portion of his hobby with a pinch of curiosity, what resulted is 150 years of history —all on video.

Akers’ latest creation from his company, A.M. Reign Productions, is titled “Ironton: Journey Through the Past” and provides a pictorial history of the city.

“The short documentary touches on a bit of Ironton’s history,” Akers said. “It shows the hardships it endured and the economic prosperity it has experienced. I’ve always wondered about Ironton’s past; the names and the furnaces.”

Both he and his wife, Kathy, were born in Ironton but moved away in their teens to seek better jobs.

Akers, who started creating amateur home movies in the early 1970s with an 8mm movie camera and sound then progressed to VHS tapes. He said his hobby is a labor of love.

“It was a lot harder back then,” he said. “It’s more complex now but it’s the same concept. But with everything being digital these days movies are more precise and the pictures are much better.”

Akers’ first video was about three minutes long and featured footage of the State Route 75 tunnel re-opening in 1989. That footage is included in “Journey Through the Past.”

He then uploaded it to YouTube and was encouraged by the response.

His second video was about five minutes long and focused on the riverboat days of Ironton and southern Ohio.

Akers has linked those videos together to create “Journey Through the Past.”

The $12 video is available on eBay by searching its title, by mail at A.M. Reign Productions, P.O. Box 214, Greenup, KY 41444. There is a $2.50 shipping charge. Akers also plans to partner with the Lawrence County Historical Society to sell the video and donate 20 percent of the proceeds to the society.

Orders and questions can also be sent to a.m.reignproductions@gmail.com. Akers can be reached at 606-473-1088. Akers is also looking for local merchants willing to sell copies of the movie.

State AG yet to issue opinion

A request for an Ohio attorney general’s opinion concerning the authority of the county budget commission remains under review, according... read more