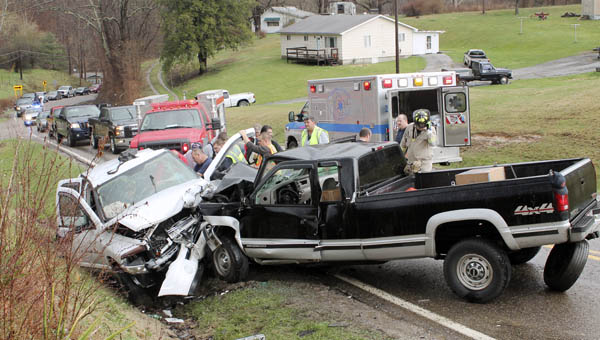 Emergency personnel work to aid a driver in a two-vehicle accident on State Route 243.

A head-on collision on Friday sent both drivers to the hospital.

“Shortly before 3 p.m. there was a head-on crash here and it appears one of the drivers was left of center for some reason,” Sgt. Paul Isgett of the Ohio State Highway Patrol, said. “It is still being investigated. Both drivers were transported to Cabell Huntington Hospital with injuries that appear to be severe.”