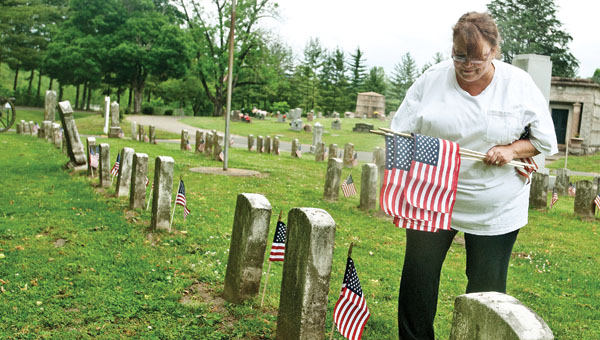 Motorists driving on U.S. 52 will see American flags waving in the wind from the overpass at Woodland Cemetery as Memorial Day approaches.

“We want the cemetery to look nice for when people go through the cemetery and people driving underneath,” Brent Chamberlin, Memorial Day Parade Committee member and past Grand Marshal, said. “We want people to recognize what Memorial Day is all about.”

Along with Chamberlin, other parade committee members Phillip Bante and James Rowe helped put up the flags.

The flags will be kept up this week and the week following Memorial Day, Chamberlin said.

CHESAPEAKE — The man arrested in connection with the shooting death of his wife’s alleged lover made his first court... read more