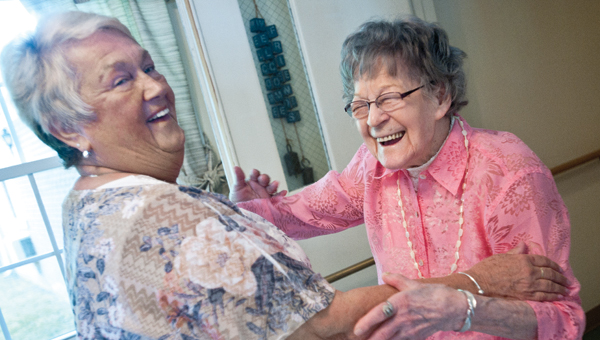 Norma Remy Frische Clement with her daughter-in-law Judy Frische at her 100th birthday celebration party Thursday. Norma, born on May 28, 1915, is a long-time Ironton resident.

ASHLAND, Ky. — Reaching the age of 100 is not something most people have the opportunity to do.

Clement grew up in Little Ice Creek off State Route 243 and attended Ironton High School for three years before having to attend Dawson-Bryant High School for her last year.

She graduated from Dawson-Bryant High School in 1933.

One thing she remembered very well was the flood of 1937 and said she has never seen anything like it.

“We couldn’t get any further than Fifth Street,” she said. “That’s the closest that anyone could get to downtown.”

Clement worked at Boggs Coffee Shop before starting at Gwynne Clay Insurance in 1960, where she worked for 23 years and retired in 1983.

She said she doesn’t get over to Ironton much anymore, but that the town has changed a lot over the years.

“Now, I get lost in Ironton,” she joked. “It looks like a strange place.”

BURLINGTON — With the artistic rendering complete, the county’s bicentennial committee is now focusing on the upcoming kickoff of the... read more