CHESAPEAKE — There is only one state where the practice of snake handling is legal. That is West Virginia.

Everywhere else those who believe they show their faith by holding the venomous reptiles must carry on the practice hidden away.

What she discovered has become her recently published book, “Blind Faith: Serpent Handling in West Virginia.”

“Part of the book is about the experiences of what it is like to go to a serpent-handling church,” Sexton said. “The other part is about the family of Randy Wolford, a serpent- handling pastor in West Virginia who was bitten by a timber rattlesnake in 2012 and died. His family not only allowed me to spend time with them, but also to be in church services with them.”

Wolford was not the only one in his family to die from the practice; his father also died from a rattlesnake bite during a service.

Sexton attended serpent-handling services in Jolo and Motoaka, West Virginia; she also spent time with pastor Harvey Payne of the Church of the Lord Jesus with Signs Following in Jolo.

“He trusted me enough that I would tell the truth about what they believe,” Sexton said. “I said I would never cross or question their faith-based religion.”

Sexton first gained interest in this subject after seeing a documentary on the History Channel about serpent handlers in Jolo.

“I thought I’d go to Jolo to see it and that started a six-year journey,” Sexton said. “Serpent handling is something people are very scared of when you understand that those people are operating on a tremendous amount of faith. I wanted to kill the stereotypes and show how much faith these people have. They’re willing to give their lives for what they believe.”

Followers base their belief on the Biblical passage, Mark 16:17-18: “And these signs shall follow them that believe; In my name shall they cast out devils; they shall speak with new tongues; They shall take up serpents; and if they drink any deadly thing, it shall not hurt them; they shall lay hands on the sick, and they shall recover.”

Sexton said because serpent handling is illegal in the majority of the country, the practice is underground in many states, especially throughout the South.

“Blind faith does not mean they do it in ignorance,” Sexton said. “It means they do it without question in perfect obedience to following the Word.”

“Blind Faith: Serpent Handling in West Virginia” is available in both paperback and digital from Amazon.com or the Books A Million and Barnes and Noble websites. Sexton said 20 percent of all proceeds will go back to the people of both churches for their assistance. 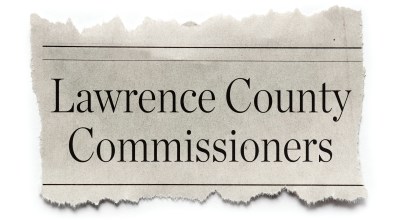