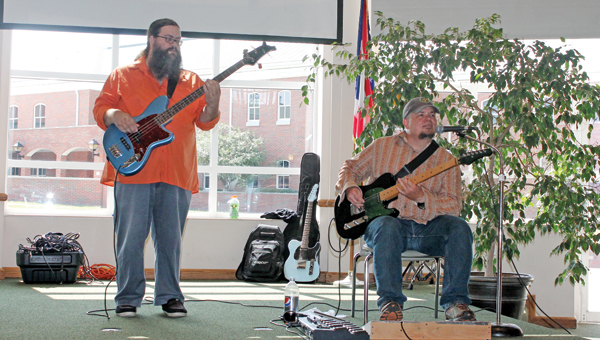 Although the whole band couldn’t make it to the concert, two members of Mothman, of South Central Ohio, kicked off this year’s Brown Bag concert series Wednesday afternoon at Ohio University Southern.

Lead singer and guitarist Todd Martin and Chuck Queen on the bass played a wide range of music for those in attendance in the Mains Rotunda.

Mothman was formed in 1990 and its other members include Jeffery Lewis on drums and vocals and Jason Burton on the harmonica, keys and vocals.