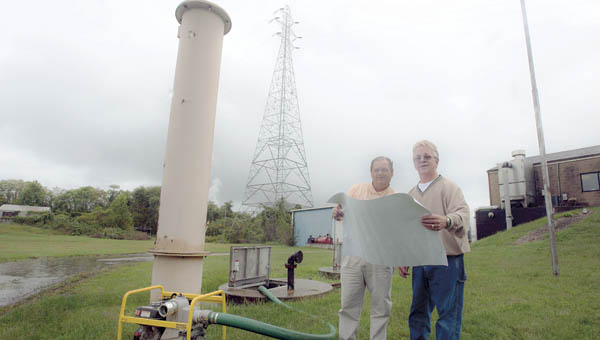 COAL GROVE –– The village of Coal Grove is set to begin the third phase of its water system improvements.

Phase three will include cleaning and painting the inside of the water tank, replacing the village well and replacing an electrical panel in the water plant.

The majority of the money came from the Ohio Public Works Commission and breaks down to $300,000 in grant money, a $127,000 loan at 0 percent interest and $85,000 matched from the village through user fees.

For phase three, D&M Painting Corp., of Washington, Pennsylvania, was the lowest bid at $159,000 and will complete the cleaning and painting of the inside and outside of the water tank. Moody’s of Dayton Inc., of Miamisburg is taking care of the replacement of the well, as it has the lowest bid at $127,000. Amburgey said the replacement of the electrical panel is not yet bid out.

“We’re trying to stage construction so we don’t have everything going on at once,” Amburgey said. “But the plans for everything have already been approved by the Ohio EPA.”

County gains $1M in back taxes

Notification that their property would be part of a negotiated tax lien sale in September sent taxpayers to the county... read more