1st time for the city 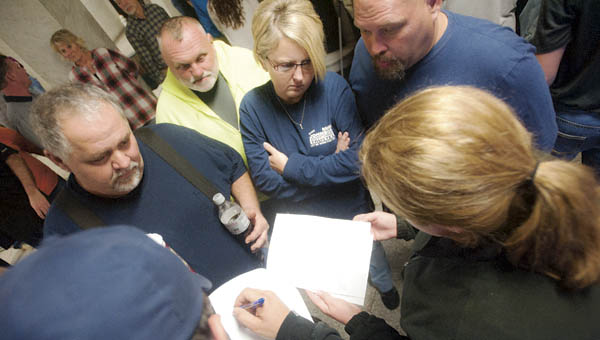 Area residents gathered inside the Lawrence County Courthouse Tuesday evening as they go through election results.

Keith, Cleary will have runoff for Ironton mayor

Four candidates running for the Ironton mayor’s office is down to two, as Katrina Keith and Bob Cleary will face off in next two weeks during a special election.

“I think the runoff is going to be very difficult for both candidates. We’re going to have to crunch six or seven months of campaigning into two weeks,” Cleary said. “This is the first time Ironton has ever had a runoff, so it’s something new for my political career. I’m confident that we can pull it off and I’m going to do what I can to win.”

Keith is looking forward to running against Cleary and said she appreciates all the support that she has received.

“We’re going to hit the ground running starting tomorrow (Wednesday),” Keith said. “I appreciate the support of everyone that came out and voted and the people in my campaign that helped me with everything. I’m elated that we won this race, and want to thank the city residents for voting and trusting and believing in me. I feel like we had a good plan and a great support system, and I’m asking the citizens of Ironton to come out one more time and keep Ironton moving forward.”

The runoff election will take place Tuesday, Nov. 17, and will be cut down to only two voting locations, the VFW and the Ironton City Center.

For the runoff election, there will be no absentee voting, except for military and overseas citizens. Those eligible to absentee vote must apply by Friday, Nov. 13 by mailing in the absentee form, which can be printed off the Lawrence County Board of Elections Office website, www.electionsonthe.net/oh/lawrence, or in person at the Lawrence County Board of Elections Office in the courthouse. A new absentee form must be filled out for the runoff election.

It was night of suspense, celebrations, defeats

The polls had just closed at 7:30 p.m. Tuesday when Ironton mayoral candidate Katrina Keith was cheered as she entered... read more