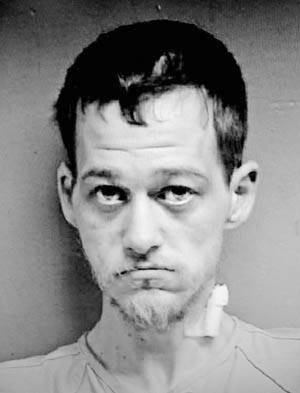 An Ironton man was arrested by the Ironton Police Department Wednesday after driving erratically around N. Second St. near Ironton Elementary School.

“The van was driving erratically and almost hit some kids,” Ross said. “Officer Koch found the van and the subject took off running. He was chased by police and later arrested.”

Teejay Seagraves, 29, of Ironton, was the subject driving the van and was also allegedly found with five and a half grams of methamphetamine when he was arrested.

Ross said Seagraves, who appeared in Ironton Municipal Court Thursday morning, is charged with second-degree trafficking in methamphetamine, third-degree possession of methamphetamine and resisting arrest. Currently, Seagraves is being held at the Lawrence County Jail.

“We’d like to thank the community for their phone calls,” Ross said.

Give books a chance

Hannah Gillum, left, and Kyra Taylor, right, is feeling groovy as they eat their lunch Tuesday and dance to the... read more