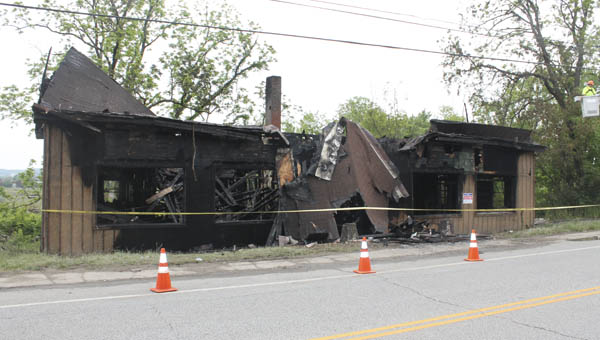 An overnight fire destroyed a vacant building in Chesapeake. The building was a former lawyer’s office and the fire is a suspected arson.

“We got the call around 11:30 p.m. last night (Sunday), and we didn’t get back home until around 4 a.m. this morning (Monday),” Chesapeake fire chief Ed Webb said. “When we got there, it was fully involved. We had three fire departments on scene and approximately six trucks and 25 firemen.”

Webb said the structure was a former lawyer’s office that’s been vacant for about six or seven years. No one was inside at the time of the fire.

“The fire marshal came in and did an investigation, but it was suspicious in nature due to no one being there and no appliances hooked up,” Webb said. “The only things inside were a little bit of furniture, some books and papers.”

Responding to the scene with the Chesapeake Volunteer Fire Department were the volunteer fire departments of Proctorville and Fayette Township.

The cause of the fire is still under investigation according to the Ohio State Fire Marshal.