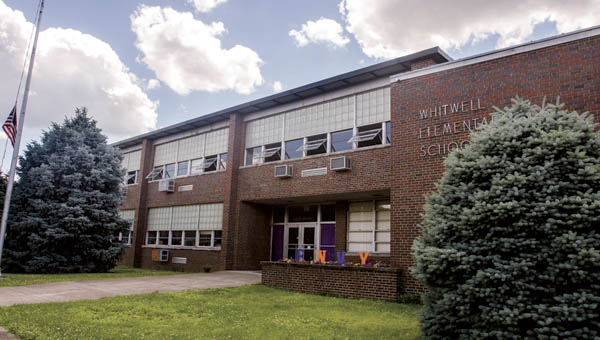 Building to be split into three

Ten apartment units, with the potential for 16, will be put into the former Whitwell School in the near future pending final state and city approval.

Developer and owner of the roughly 50,000 square-foot property Jack Hager first pitched his idea in 2012, wanting to turn the building into a 20-plus unit apartment complex for veterans and senior citizens. However, in doing so, he needed to have the property converted from a Residential-2 (R-2) to a Residential-3 (R-3).

Last year, the idea was pitched again, and following an unfavorable recommendation from the planning commission and harsh backlash from neighbors at a public hearing, the ordinance to change the property from an R-2 to an R-3 eventually died at Ironton City Council.

Now, Hager’s plans do not include getting the property changed from an R-2 to an R-3, but continuing to build apartment units that are permitted on the property.

“We’re in the process of splitting the building apart and making three separate buildings,” Hager said. “Two will have four apartments in each of them and the other will have two apartments upstairs for a total of 10 apartments to start with.”

Hager said 2,500 square-feet are needed for each building and each individual apartment unit will be approximately 1,000 square-feet with three bedrooms.

The separated buildings will have a breezeway in between each and the two apartments in the third building to start will sit above the old school office. Two more apartments can eventually take over the first floor, making a total of 12.

Hager said he’s had several meetings with a state building inspector, who, he added, is agreeable to the process. He also recently met with Ironton Mayor Katrina Keith, as well as Susan Dooley, city code enforcement and zoning officer, about his plans.

“We’re working on our end to make sure everything is getting done the right way,” Keith said. “He’s met with us, but we haven’t confirmed anything yet.”

Hager said he currently has an architect working on drawings for the two-floor complexes for the state to approve and the city to give him a building permit.

In order to receive approval from the state and city to get a building permit, the building must first be split.

Currently, Hager rents the gymnasium of the school to a cheerleading group and said he is going to continue that by keeping the gym standing. Eventually, Hager said he can use that space to build a fourth four-apartment complex, bringing the potential total apartment units to 16.

Hager said he hopes to have the first four apartment complex ready to go by the end of August.

The Oak Ridge Boys will headline at the Lawrence County Fair for Bicentennial Day on Thursday, July 14.   William... read more