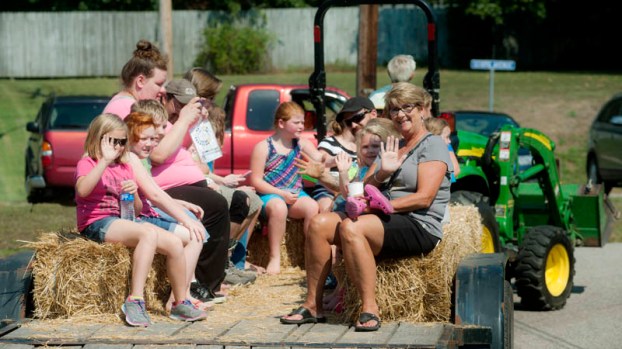 Family and friends go for a hayride Saturday during the Hanging Rock Kids Fun Day.

Kids Fun Day enjoyed by many

“We’ve been doing this for about 14 years,” Davidson said as he grilled up hot dogs. “And everything is totally free.”

Two bikes were also given away to a boy and girl in three different age groups.

“It’s a way to give back to the community and show appreciation for the kids,” Davidson said.