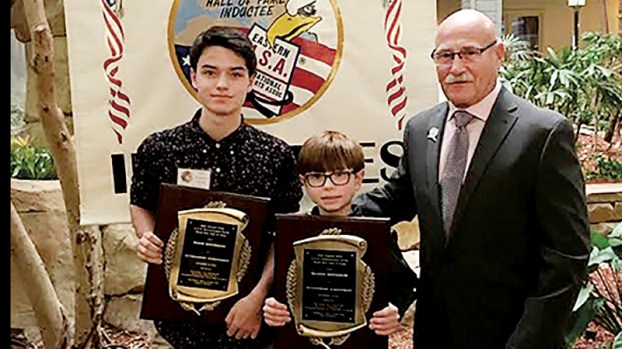 Last year, both were inducted in the Under Black Belt division and received Outstanding Competitor Awards, and on Oct. 14 this year, received their Black Belt rank prior to winning Outstanding Achievement. The award also marked the pair’s first with Black Belts.

Todd Davidson has been in karate since he was 10 years old, and Mason since he was 4, and both said they were proud of their achievements.

“When I compete, I’m the only one responsible for how well I do,” Todd Davidson said. “It’s an independent sport, and you can’t blame anyone but yourself if you mess up. It’s not relying on someone else.”

Mason said he enjoys the fighting and learning new things.

“It makes me feel like I can do anything,” he said.

The brothers fight for the Eastern USA Karate Federation and go to classes in Milton and Huntington, West Virginia every week. They are taught by Sensei Brent Bias, who also attended the conference.

Parking ordinance passes as non-emergency Several neighbors to a potential medical office in a residential Ironton neighborhood are against the... read more