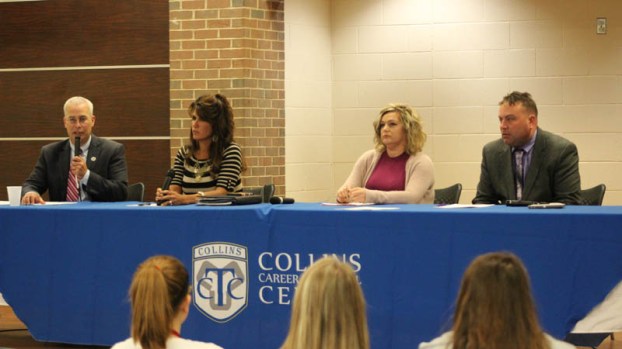 The Lawrence County Sheriff’s Office, along with the assistance of several other law enforcement agencies, arrested Arron Lawson, 23, the suspect in a quadruple homicide, which included an 8-year-old boy, Friday morning following a manhunt.

“This was an event that’s really hard to describe. It’s something that we haven’t been a part of or experienced before as commissioners, but it’s very discouraging that something like this can happen in Lawrence County and affect a whole district in our county in Decatur Township and the Rock Hill school district,” Commission President Bill Pratt said. “We just want everyone to know that the county commission stands ready to help in any way, and we’re going to help fund the cost of what is to come and what has already happened. We want to be there for our citizens in that part of Lawrence County.”

Commissioner DeAnna Holliday said that although the events of the incident are terribly tragic, she feels that the county has been handling it well by coming together.

“I have found this whole episode very hard to speak about. I think often times these type of acts are hard to make sense of, and they leave us somewhat speechless,” she said. “I do want to say that through these events of the last couple of days, that the unifying of this county and coming together has been monumental, and I think it’s times like this that we show our true character and our true love and concern for one another.”

Commissioner Freddie Hayes Jr.  said that the events of the past few days were “probably the worst thing that’s happened in this county in a long time,” and led a round of applause for the county sheriff’s office and all of the law enforcement involved with the situation, adding that Lawrence County Sheriff Jeff Lawless does a great job in the county.

“My thoughts and prayers and condolences go to the victims’ families and all of the people who have been personally touched by this,” she said. “…And we can’t say enough about how the law enforcement has handled the situation.”