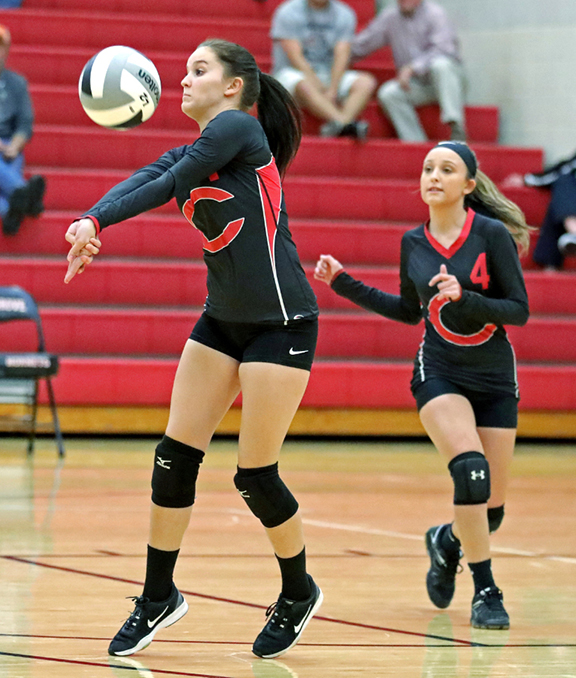 COAL GROVE — There were points and there were more points.
In an instant classic, the Coal Grove Lady Hornets outlasted the Oak Hill Lady Oaks in the opening round of the Division III sectional volleyball tournament on Tuesday in five sets, 11-25, 33-31, 23-25, 25-17 and 16-14.
“It was a game of who wanted it more,” said Lady Hornets’ coach Tricia Damron.
“Our girls fought tooth and nail to land the win. This was a point for point game in a majority of the matches. My girls pulled together as a team and started making things happen.”
Kasey Murphy knocked down nine kills with Mattie Malone stepping up with 18 points and seven kills.
Adding to the winning effort were Lauren Meyer and Addi Dillow with 10 points including five aces each.
Coal Grove will play at Wheelersburg in the sectional finals at 4 p.m. on Saturday.

Jim Walker jim.walker@irontontribune.com This time the ending didn’t have a story book finish. The St. Joseph Flyers were looking to... read more