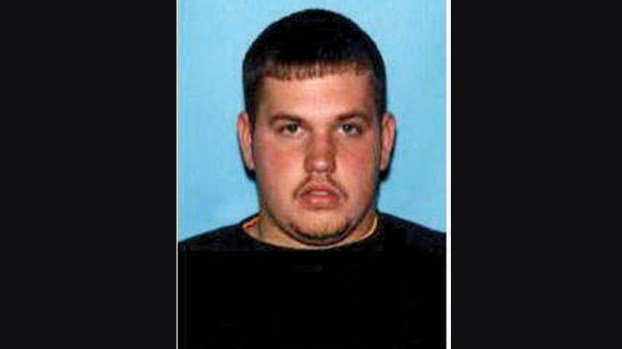 Chad Aaron Lloyd is the suspect named in a counterfeit money car scam.

SOUTH POINT — The South Point Police Department announced on Wednesday that a suspect in a recent counterfeit money car scam has been identified following a joint investigation with the Proctorville Police Department.

“The suspect, Chad Aaron Lloyd, used counterfeit money to purchase motor vehicles for resale in the state of West Virginia,” a post to the South Point Police Department Facebook page on Wednesday, states. “Mr. Lloyd is currently incarcerated in the South Central Regional Jail in Charleston.”

Charges filed against Lloyd include criminal simulation and theft by deception of a motor vehicle.

On Saturday, Dec. 2, the department posted that a 2013 Fiat purchased at the South Point Foodfair with counterfeit money had been recovered with the assistance of the Putnam County, West Virginia Sheriff’s Office and the West Virginia Department of Motor Vehicles.

South Point Police then began working with the Proctorville Police Department after a similar incident there.

“We would like to thank investigators from the West Virginia Department of Motor Vehicles, the Putnam County Sheriff’s Office, the Kanawha County Sheriff’s Office and the South Charleston Police Department for their assistance in this case,” the department’s Wednesday Facebook post stated. “This is a perfect example of great teamwork, and not allowing state lines to hinder an investigation in the Tri-State area.”

Nearly every defendant in Lawrence County Common Pleas Court this week made not guilty pleas to their charges, except for... read more