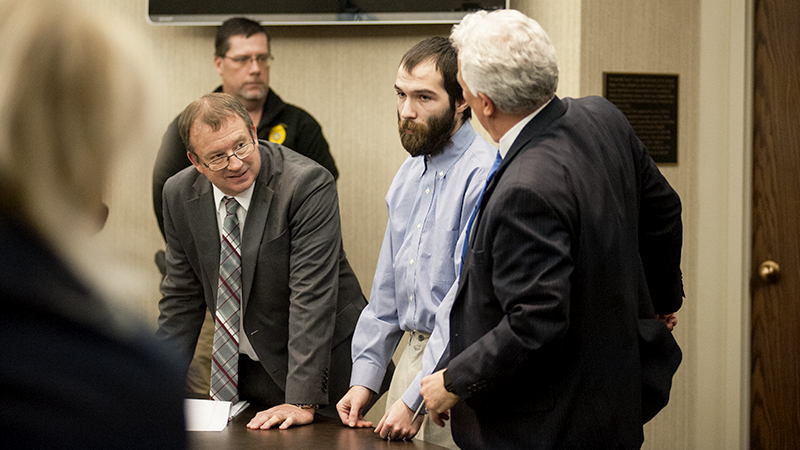 Another pretrial hearing set for March 12

Arron Lawson, 23, of Pedro, suspect in a quadruple homicide in Decatur Township last October, appeared in Lawrence County Common Pleas Judge Andy Ballard’s courtroom for a pretrial on Friday, where a few motions by the prosecution, as well as the defense, were accepted.

On Friday, Ballard accepted the state’s motions to consume all DNA samples (blood) and to retrieve advanced extraction data (two cell phones). Motions filed by the defense that were accepted included receiving DNA recovery, obtaining a “consulting forensic scientist,” having access to their client, Lawson, and having the motion hearings at different times.

A motion filed by the state to obtain all of Lawson’s past medical records was not agreed to by the defense, and will be discussed further at the next pretrial hearing.

All of the aggravated murder charges also carry several specifications.

The state in the case is represented by Lawrence County Prosecuting Attorney Brigham Anderson, and Angela Canepa, of the Ohio Attorney General’s Office Special Prosecutor’s Unit.

Canepa and McVay were brought in because they both have previous experience in arguing death penalty cases.

The next pretrial hearing is set for 10 a.m. Monday, March 12, where numerous defense motions will be discussed.

The trial is set to begin Monday, Aug. 6.