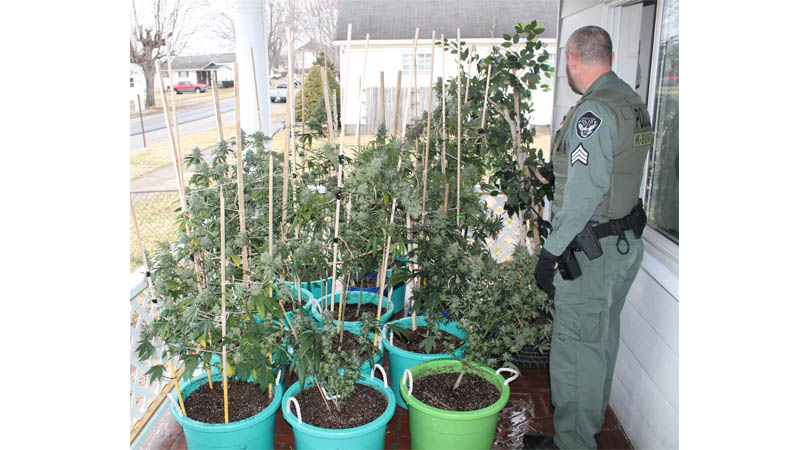 The Ironton Police Department busted a marijuana grow operation at 1405 S. Sixth St. Wednesday afternoon after obtaining a search warrant for the residence.

Ironton Police Detective Captain Joe Ross said the department got an anonymous complaint about the residence late last week, and Ironton police have watched the house since this past Friday.

“We’ve seen a lot of people coming and going from the house, and we got a search warrant for it this morning (Wednesday),” Ross said. “There’s been complaints of the smell of marijuana around the house, and there’s kids living inside.”

The department seized 14 plants as well as heat lamps and a filtration system, adding up to the cultivation of the crop.

The house was searched around 3 p.m. Wednesday, and no one was there at the time. Along with Ross, IPD Sgt. Brian Pauley, IPD Detective Jamie Pruitt, the Lawrence County Sheriff’s Office and the Lawrence Drug and Major Crimes Task Force, assisted with the raid.

“We’re currently seeking the homeowner/person of interest at this time,” Ross said. “We know who they are, but aren’t releasing the name. We should have an arrest warrant for them shortly.”