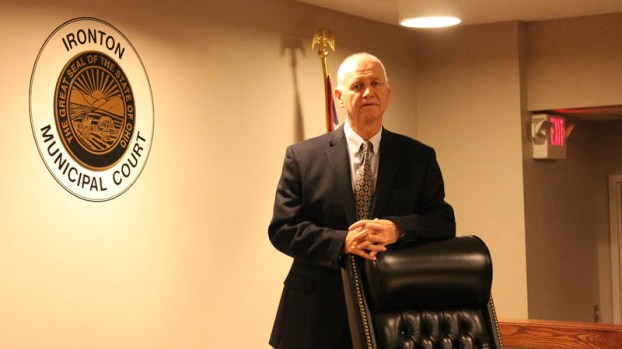 The Ironton Municipal Court is set to receive Justice Reinvestment and Incentive Funding through a grant of $229,430, which is a first step in the process of obtaining the status of a certified drug court.

“This is seed money so we can establish our drug court,” Ironton Municipal Judge Kevin Waldo said. “The goal of drug courts is to try and put people back into productive situations and make them productive, working, tax-paying citizens of society.”

“We want to try to help them get a GED if they haven’t graduated high school, and be able to apply for jobs. We want to make this something that the participants can look forward to and get their lives back on track,” Waldo said. “So often, people who are on drugs or alcohol really bad don’t have jobs or anything to get up for or look forward to. This will help people get the help they need to get back on their feet.”

Waldo added that the people who will be able to participate in the drug court would only be for victimless, non-violent crimes, and will be identified through proper assessments.

“We’re not going soft on crime,” Waldo said. “The only people who are victimized by their crimes are the perpetrator themselves and their families affected by their addictions.”

Waldo said that drug courts also help with the issues of overcrowded jails throughout the country, which he added is the case in Lawrence County.

“Drug courts use programs to get people the resources they need, which will help get them back into society instead of just sitting in jail,” he said. “Society would be better served trying to get people rehabilitated instead of jail, but if they aren’t willing to participate and do the necessary things to get there, jail is definitely still an option.”

“Everyone’s goal is to get help for these people who need help,” he said. “It’s a communicative and collaborative effort.”

Anyone involved with drug treatment, education, job placement or social work who is interested in the positions that will become available or assisting with the process can contact Waldo at the Ironton Municipal Court by calling 740-532-3062.