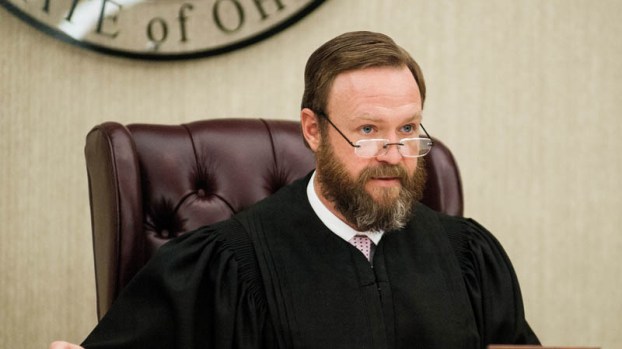 Will begin in March

A drug court will be starting in Lawrence County Common Pleas Judge Andy Ballard’s courtroom as soon as the third week of March after Ballard received a letter from the Supreme Court of Ohio granting the initial certification last week.

Ballard said getting the drug court started at Lawrence County Common Pleas is something he has been working on for more than a year, and thanked everyone who helped make this possible along the way.

“This is the culmination of more than a year’s worth of work. We’ve had significant involvement from the prosecutor’s office, STAR Community Justice Center, other members of the community and all of my staff,” Ballard said. “This is truly a team effort that took a ton of work, but it’s a victory for all of us, as well as everyone in the community.”

He added that only low-level, non-violent offenders will be able to participate in the drug court, and anyone with violent offenses or any drug trafficking charge at any level will not be eligible for the drug court.

“This is only for people with low-level, non-violent crimes, either directly involving drugs or something they’ve done because they are addicted,” he said. “It’s for people who want to try and get their lives back on track and be productive members of society.”

With Ironton Municipal Court Judge Kevin Waldo also recently receiving a grant to begin the process of obtaining a certified drug court, Ballard said that everything he has available will be able to be utilized by Waldo as well.

Ballard will be contacted by a member of the Supreme Court of Ohio’s Special Docket Section sometime in the near future to schedule a site review for the next step in the certification process.

Once the review is successfully completed, a recommendation for final certification can then be made to the Commission on Specialized Dockets.

“Congratulations on achieving initial certification,” the letter states. “And thank you for your dedication to enhancing specialized dockets in Ohio.”