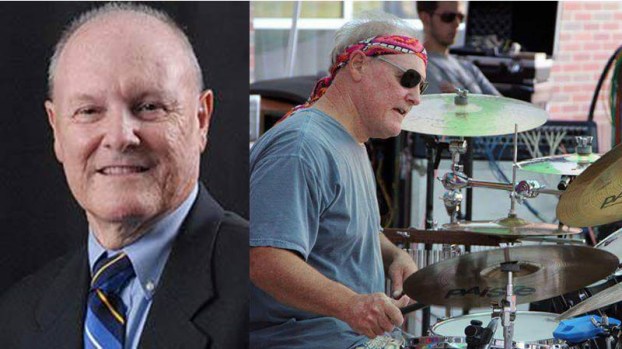 Remembered for research and dedication

Jarrett was a professor of sociology at Ohio University Southern for 35 years, having received a doctorate degree, and attended both Marshall University and The Ohio State University. He also devoted a large amount of time in research on the Gullah culture on Hilton Head Island, studying its diversity and cultural enrichment.

Receiving the Regional Education Outstanding Professor Award last year, recognition in Ohio Magazine’s 2014 “Excellence in Education” section for his dedication to research and students and being awarded the Ohio University Southern Outstanding Faculty Member on numerous occasions were just a few of his many accolades.

“I had the honor and privilege to work with Dr. Jarrett for the last 12 years. As a brand new faculty member in 2006, Dr. Jarrett quickly became one of my mentors,” OUS Dean Nicole Pennington said at his service Thursday. “…I know many other Southern faculty members have benefitted from his experience and knowledge, just as I have. Charles loved teaching. He really loved it. His students adored him and he adored them right back. He loved being in the classroom and had such a passion for not only teaching his students, but really getting to know them.”

Pennington also touched on his research of the Gullah people, decedents of formerly enslaved African Americans living along the coastal regions of South Carolina and northern Florida, and other qualities of Dr. Jarrett that she admired and will be missed by all at the university.

“There is a significant hole in the heart of our Southern campus right now. Dr. Charles Jarrett was a significant piece of that heart, and it is going to take time for our campus to heal from not having him with us anymore,” she said. “But this I can promise; we will never let him be forgotten. I know that our faculty and staff feel the same way. We will work to carry on his legacy of being an excellent educator who cared about his students. We will all strive to be as passionate as he was about the Southern campus.”

Jarrett was also known for music, playing the drums for nearly all of his life in early bands, then the Mighty Mojos, and finally, his most recent band, Dr. J’s All Star Band, which was formed to play a vital role in spiritual awareness of the OU campus and serve as a catalyst for social change in the community.

He was also in attendance at Woodstock, writing about his experience for the OUS website, and stating that he was actually photographed in a Woodstock crowd photo for Life Magazine (circa 1969).

In addition, Jarrett was a fan of sports, specifically the West Virginia University Mountaineers, and was an avid basketball player and enjoyed baseball and football as well.

Chesapeake woman sentenced to life in prison for role in murder

Numerous other cases heard in common pleas A Chesapeake woman involved with a murder back in December of last year... read more