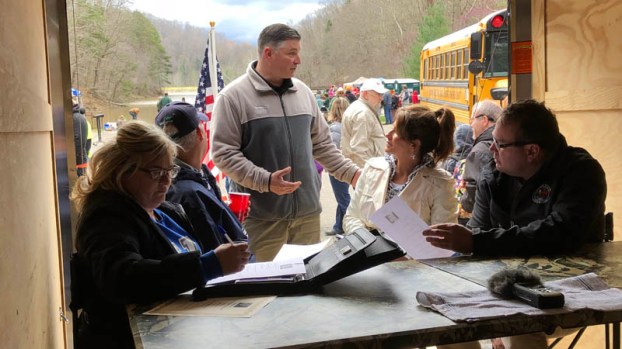 This was the 16th year of the event at Lake Vesuvius, which South Hills Longbeards Chapter President Larry Pernestti said provides a great opportunity for those with ability restrictions.

“This provides a great opportunity for folks who normally wouldn’t have the opportunity to do something like this or get outdoors and experience something out of their normal routines,” he said.

Around 200 participants took part in the day, where the Ohio Department of Natural Resources’ Division of Wildlife previously released thousands of rainbow trout into the lake. Numerous volunteers also served hot dogs, chips and beverages during the event.

For more photos from the Wheelin’ Sportsmen event, see the Focus page in the Weekend Edition of The Tribune.

SOUTH POINT — All South Point schools will be closed on Friday. Superintendent Mark Christian said the decision was... read more