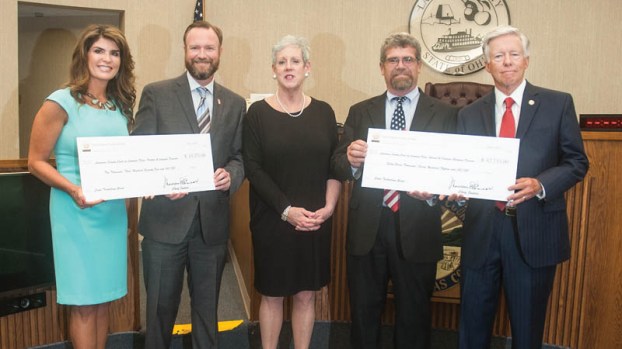 The grants will pay for an e-document management system, as well as an e-citation system that allows law enforcement to create, print and electronically cite and release citations to the Ohio court system.

“I’m excited to award technology grants to these well-deserving courts around Ohio,” O’Connor said. “They will pay for much needed technology improvements and, as in past years, technology grant funds will increase access to justice and remove barriers to the efficient and effective administration of justice.”

She added that the importance of having up-to-date technology in the court system is crucial because it is constantly being improved.

“Part of my job is to visit counties that are recipients of dollars that the Ohio Supreme Court is awarding. Four years ago, we announced the availability of these grants,” she said. “We understand that there is often not enough dollars available at the local level to help courts and clerks do what they need to do with the collection of data, the dissemination of that data, the access to the data and the sharing of the data. That is essential, and I think you’ll all agree that we’re in a new era. Technology is here to stay and the paperless world is going to become even more paperless, and you are out of the loop and you’re not rendering public service if you do not have the technology to do so.”

The following projects from the grants were given priority consideration in order:

• Upgrading, replacing or purchasing other technology systems that improve case flow or the fundamental duties of the court, or that improve public access.

• Upgrading, replacing or improving computer hardware or equipment that supports the CMS or other systems that affect case flow or the fundamental dutes of the court, or that improves public access.

• All other computer hardware, software or equipment that is non-security related.

• A portion of the available funds were set aside for courtroom or related building security upgrades and/or new installations.

The application period for the grant was open from Nov. 15, 2017 through Dec. 22, 2017, and was open to any court of appeals, common pleas court, municipal court, or county court. Mayor’s courts were not eligible to participate in the program.

Since implementing the grant program four years ago, the Ohio Supreme Court has awarded more than $10 million and $2.9 million just this year alone.

Normal turnout at polling stations Absentee voting was down for Tuesday’s Primary election in Lawrence County. “Roughly, we have over... read more