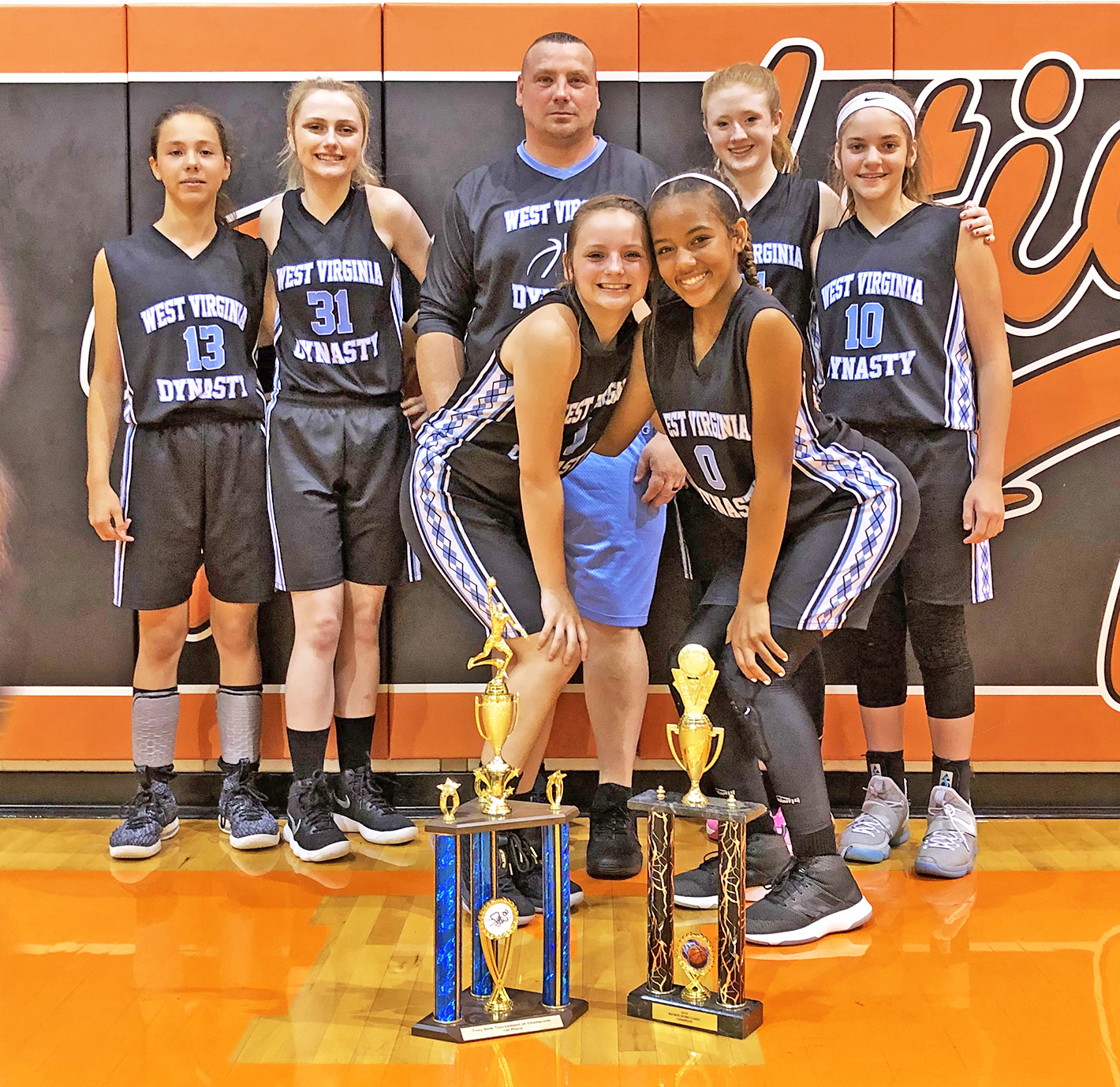 A girls’ AAU basketball team from the region is set to compete in the Run 4 the Roses basketball tournament in Louisville next weekend. The tournament will feature more than 950 teams in five different countries.
The West Virginia 2023 Dynasty is an AAU U13 team featuring grade girls from all over the Tri-State going into the eighth grade, and coached by Eric Bailey, of Ironton, who is in his second year as the head coach of the team. 2023 is the high school graduating class that the girls will be in.
“The tournament is at the Kentucky Expo Center in Louisville, and every college coach will be there, from Division 1 all the way to Division 3,” Bailey said.
“All of our girls play school basketball as well, but we usually start practicing in March and go all the way until August.”
Bailey said the team practices at Ironton High School or the First Baptist Church in Kenova, West Virginia.
“Both facilities allow us to come in for free and support our team very well,” Bailey said.
He added that Ironton High School girls’ basketball coach Doug Graham is also very supportive of the team in opening up the gym for practices and helping out any way he can as well as Ironton Middle School principal Toben Schreck.
“I can’t say enough about what Coach Graham and Mr. Schreck have done,” Bailey said.
Bailey said that what sets his team apart from other teams is that character is a major focus, as well as praying before games and attending church services on Sundays, something several members of the team said is their favorite part about being on the team.
“I like that we pray before every game, and we’re like a big family,” shooting guard Brooke Neal, 13, of Louisa, Kentucky, said. “Everyone gets along really well.”
This season is Neal’s second year with the West Virginia Dynasty.
Hayleigh Risner, 13, of Piketon, is a center on the team also said she enjoys the religious aspect.
“I’ve never seen anyone pray before games like we do, and I really like that,” she said. “And I like how well we work together as a team.”
This is also Risner’s second year on the Dynasty.
Bailey’s daughter, Hadyn, 13, is a shooting guard on the team, and also said, “Everyone has each other’s backs,” and that the girls get along like family. Hadyn Bailey attends Ironton Middle School.
Other players on the team include point guard/shooting guard Maggie Odour, of Hurricane, West Virginia, point guard Evan Williams, of Ironton, strong forward Makyla Waggoner, of Grayson, Kentucky, and point guard/shooting guard Hazley Matthews, who attends Grace Christian in Huntington, West Virginia.
Earlier this year, the team took first place in the Tony Delk Tournament in Lexington, Kentucky, and also won the Buckeye Storm Tournament in the Portsmouth area. In addition, they were ranked first and competed in another tournament in Louisville, Kentucky.
The West Virginia Dynasty 2023’s first game of the tournament will take place at 8 a.m. Friday, July 6 against a team from New York City.