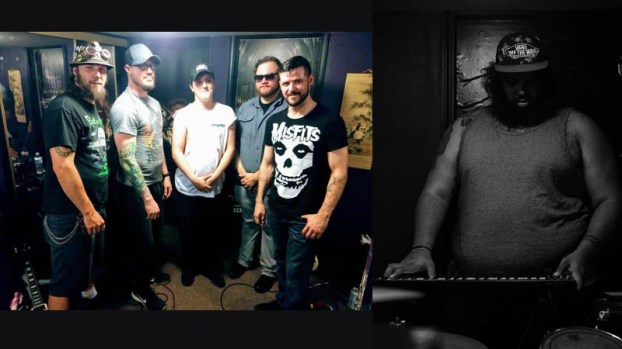 Ironton band, others to open for Bobaflex on Friday

Concert will be at the V Club in Huntington

An Ironton-area band is set to perform its first public show in more than a decade after recently getting back together.

“The band started back in high school in the early 2000s with Kevin and myself. We later added Uriah and Todd, and Chris came shortly after,” Delawder said. “The plan to get back together came this winter when Kevin and I started talking again after all these years. We asked the rest of the guys, and they were all excited to do it, and it quickly fell back into form.”

Stewart also said that when the band first started, it was called “Poor Man’s Pie,” but was later changed to Pi. Miller joined the band on the keyboard earlier this year as part of its revamp.

“We play a hard rock, kind of progressive style,” Delawder said. “We’re in the vein of A Perfect Circle, Coheed and Cambria and bands like that.”

OLBH owner will be one of largest Catholic health care systems in nation MARRIOTTSVILLE, MARYLAND and CINCINNATI — The president... read more