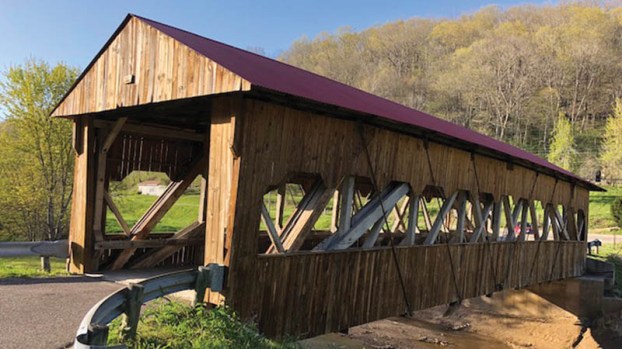 The Southern Ohio Amateur Radio Association will celebrate the historic covered bridge in Scottown at an event today from 10 a.m.-1 p.m.

Covered bridge to be celebrated

SCOTTOWN — An event is scheduled for today in honor of Lawrence County’s only remaining historical covered bridge.

The bridge, a county landmark listed on the National Register of Historic Places, was built in 1874 and is closed to motorized traffic.

SOARA are joining other amateurs across Ohio, where several radio clubs are celebrating their own county’s covered bridge.

An event station will be set up at the Scottown bridge from 10 a.m.-1 p.m. Amateurs will be operating radio equipment that will allow contacts to be made not only in Ohio, but throughout the United States and countries around the world.

The groups says all radios will be operated on solar, batteries and generators, and no commercial power will be used. The radio station will use the SOARA’s club FCC call sign, W8SOE.

James Rowe, N8TVO SOARA, president said it will be a fun event, open to the public.

“You will be allowed to talk on the radios under the direct supervision of an FCC licensed amateur,” he said. “Brochures and handouts will be available about amateur radio. This is a free event.”

The Oak Ridge Boys have donated a basket of items to go up for bid in Harvest for the Hungry’s... read more