A place for gamers 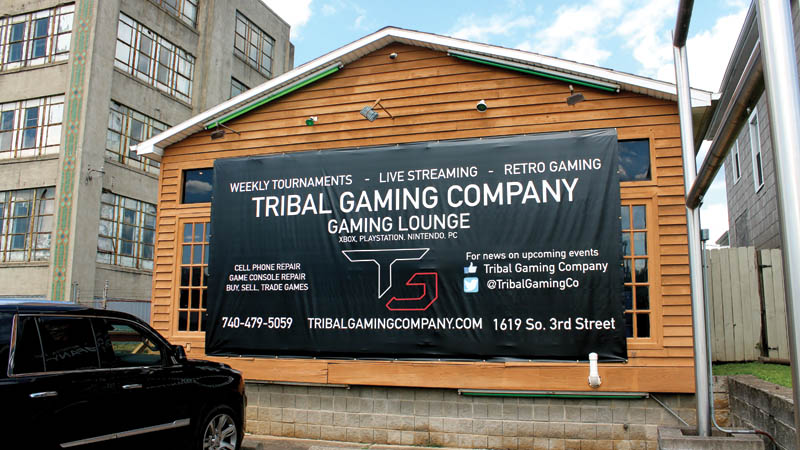 Although the Tribal Gaming Company in Ironton has only been open since the beginning of August, the business is already making its mark on the area youth and video game enthusiasts.

“We just wanted to start something for the kids in the community. Video games are pretty big with kids,” Jaylen Thornhill, co-owner along with Gavin Harbolt, said. “Gavin’s very community based, and we wanted to just give the kids a place to be able to come in and play in tournaments and things like that that you normally can’t do in small towns like this.”

The video game tournaments each have different costs, depending on what it is, and all last a week.

“We’re in our second Fortnite tournament right now,” Thornhill said. “With Fortnite, it goes by points, so it doesn’t matter what system you play on. With other games though, there will be different tournaments for all the same system.”

Harbolt said that although the business is going well right now, bigger things are in store.

“We wanted to open a safe place for to come hang out and play video games, and we’re planning on putting together some eSports teams to compete across the country,” Harbolt said. “We also just signed someone from Louisville, Kentucky who competed in the ESPN Madden Nation tournament against the best players in the country.”

Harbolt added that Tribal Gaming would also begin reaching out to other competitive gamers in the area, as well as the local high schools about putting together their own eSports teams to come and play at the location.

Tribal Gaming Company currently has six Xbox Ones and six PlayStation 4s set up at gaming stations, and more available if needed.

Other services Harbolt said the Tribal Gaming Company provides include iPhone and iPad repairs, which he added were the “cheapest in the area,” video game console repairs, video game live streaming and the opportunity to buy, sell and trade. The company also hosts “Cash Quests,” where people receive a clue at the location at 3:30 p.m. every Sunday for a chance to find $100 hidden somewhere throughout the city.

“Our cash quests have been going very well,” Harbolt said. “Right now, the money is hidden somewhere throughout Ironton, but we’ll eventually increase the amounts and the area to make it throughout the county.”

Things that are still in the works at Tribal Gaming Company include a kitchen for gamers to be able to get something to eat and a “retro” area, where people will have the opportunity to play classic video game systems, including the Nintendo 64 and Super Nintendo.

Tribal Gaming Company is located at 1619 S. Third St. in Ironton, and is open from noon-10 p.m. Monday through Thursday and noon-midnight on Fridays and Saturdays. The cost to come in and play, not including tournaments, is $5 an hour or $25 for an all day pass.

Harbolt said Tribal Gaming Company is also pushing kids birthday parties at the location, including having tournaments or a video game theme.

For more information, or for updates on upcoming tournaments, visit the Tribal Gaming Company Facebook page or call 740-479-5059.