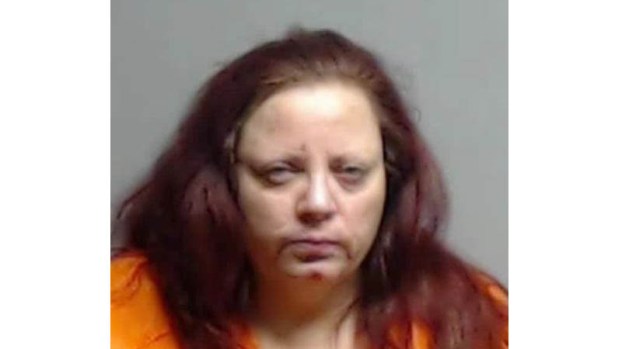 Tina Campbell-Adkins, of Chesapeake, was sentenced to life in prison for aggravated murder.

Sentenced to life in prison

A  Chesapeake woman accused of killing her husband and hiding his body in a basement refrigerator in early spring of 2017 pleaded guilty to aggravated murder, an unclassified felony, and tampering with evidence, a third-degree felony, Tuesday in the courtroom of Lawrence County Common Pleas Judge Charles Cooper.

Tina M. Campbell-Adkins, 43, of 603 Rockwood Ave., Chesapeake, originally pleaded insanity in the case back in January, but her evaluation came back stating that she was competent to stand trial.

Cooper accepted her guilty plea on Tuesday, and, at the recommendation of Lawrence County Prosecutor Brigham Anderson, sentenced her to life in prison with eligibility to request parole after 20 years.

Campbell-Adkins was arrested in late March of 2017 after an investigation revealed that she had murdered her then husband, David Adkins. Anderson thanked Detective Sgt. Aaron Bollinger, of the Lawrence County Sheriff’s Office, for his dedication and hard work on the investigation in a post to the county prosecutor’s Facebook page Tuesday afternoon.

Both also recipients of awards COLUMBUS — Sgt. Nicholas A. Lunsford was promoted to the rank of lieutenant on Sept.... read more