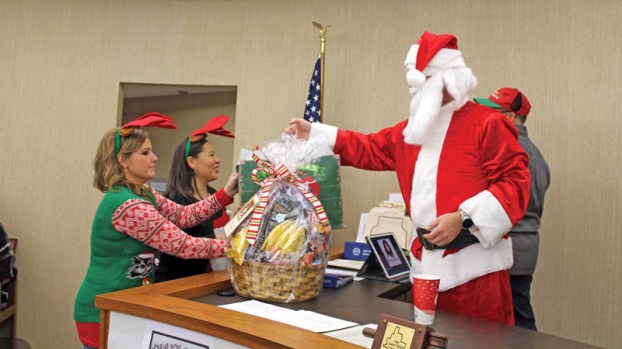 The event began with a holiday meal, including chicken, mashed potatoes, green beans, corn, rolls and many desserts, before gifts were passed out and games were played.

The fun of the event continued, as games were also played, including one where the participants had to use oven mitts to unwrap a plastic wrap ball filled with gifts, before the person ahead of them rolled doubles with dice. Everything that fell out of the ball during unwrapping was that person’s to keep as well.

Ballard began the Nexus Recovery Docket in April of this year, and it received its final certification from the Ohio Supreme Court in September.

Program has been taking place since 1985 CHESAPEAKE — Around 500 families will have a better Christmas holiday this year,... read more