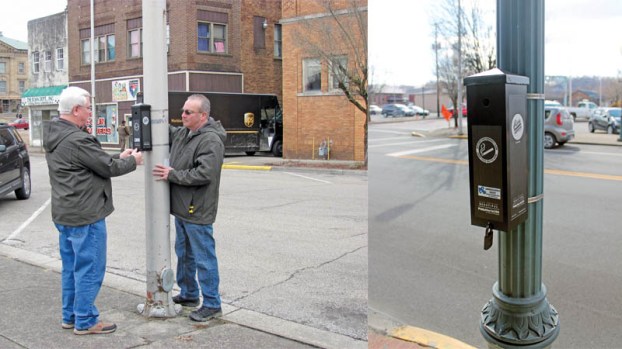 Thanks for smoking, no butts about it

Smokers in Ironton may notice new cigarette butt containers that were installed by the Lawrence-Scioto Solid Waste Management District throughout the downtown area a few weeks ago in an effort to cut down and eliminate litter.

Palmer said cigarette butts are the biggest form of litter in the United States, and these containers would go a long way on cutting down the type of litter in our community. The district received a total of 25 containers for Ironton, which have been placed on utility poles and light posts.

Palmer said, in addition, another 19 containers obtained by the district were placed throughout downtown Portsmouth in Scioto County.

“We want to urge people to do the right thing and put their cigarette butts in these containers, instead of throwing them on the ground,” Palmer said. “We’ll be taking care of emptying them.”

Students raise thousands for heart association CHESAPEAKE — For the past several weeks students at Chesapeake Elementary have been going... read more