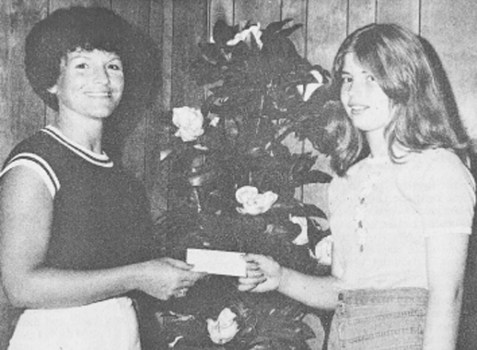 Winner of second place in the state in a 1977 college contest “Bicycle Safety”, sponsored by Ohio Federation of Women’s Clubs, was Lisa Mays who was sponsored by Ironton Junior Women’s Club. Lisa, daughter of Udel Mays, 1515 south Third Street, was one of approximately 1,000 entrants from various parts of the state. Mrs. Connie Boll, president of Ironton Junior Women’s Club, left, is presenting a cash prize to Lisa for her winning entry. (The Ironton Tribune | File Photo) 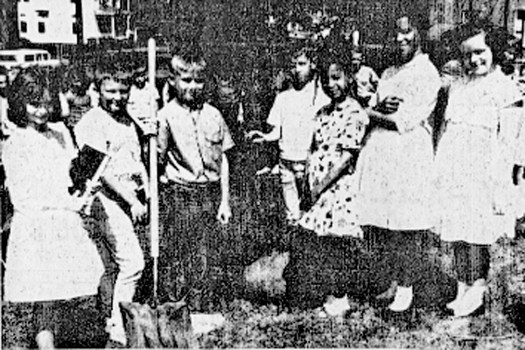 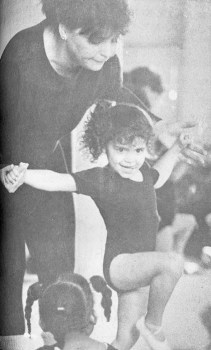 In this April 12, 1987, Yvonne Sinnott helps one of her 3-year-old students enrolled in the Yvonne Dekay School of Dance. While most instructors in larger cities will not begin teaching ballet at such a young age, Sinnott said she thinks it is important they begin at an earlier age, so they can become better dancers. (The Ironton Tribune | File Photo) 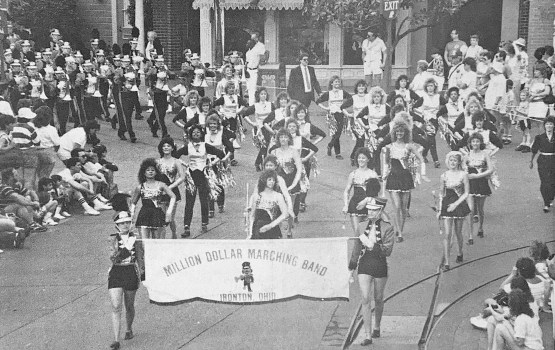 In April 1987, the Ironton High School Band Million Dollar Marching Band members prepared for their trip to Orlando Florida. The band was set to participate in competitions held at Disney World. (The Ironton Tribune | File Photo) 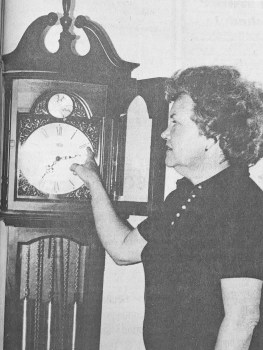 In this April 24, 1980 photo, daylight saving time was returning to Ohio Sunday morning and Mrs. Ben (Pat Welch) Lynd, who is visiting from Orlando Florida, will be moving the clock forward at 2 a.m. at the residence of her parents, Mr. and Mrs. Leroy Welch of Ironton. (The Ironton Tribune | File Photo)

Scenes from our region’s past.