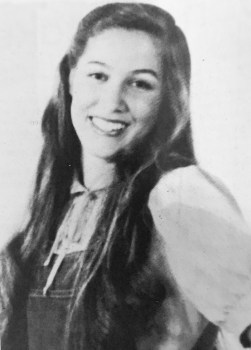 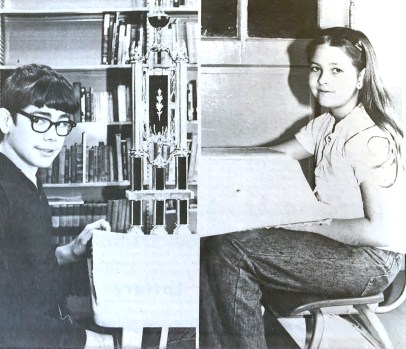 John Thompson, left, was the champion of the 1982 Lawrence County Spelling Bee, while Carol Lee McCallister, right, was runner up. The two were studying to take part in the Tri-State spelling bee that March. (The Ironton Tribune | File photo | Carol Kitts) 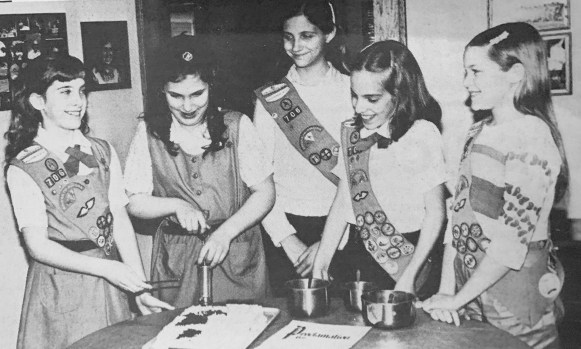 Celebrating the 70th anniversary of the Girl Scouts in 1982 were Junior Troop 706, of Central Christian Church. From left are Chrissy Cloran and Laura Walton, local bake off winners, and members Laura Willis, Jennifer Niesel and Laura Smith, as they prepared for the Area 11 Bake-off and Birthday party in Ashland that April. Mayor Bill Sheridan proclaimed the week as Girl Scout Week in the City of Ironton. (The Ironton Tribune | File photo | Carol Kitts) 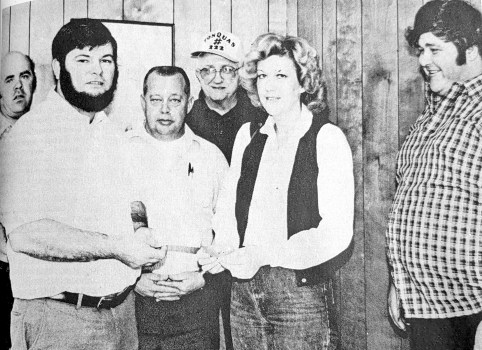 Regina Salyers, of Coal Grove, was the winner of a side of beef from Hank’s Market, in a raffle sponsored by the Improved Order of Redmen in 1982. From left are Orlan Harper, Junior Sagamore, trustee Corky Wise, Bill Schug, Collector Of Wampom and Great Guard of The Forest of Ohio, Harold Ledwidge, Great Sachen of Ohio, Salyers; and Bob Sharits, Great Sennap. (The Ironton Tribune | File Photo | Carol Kitts) 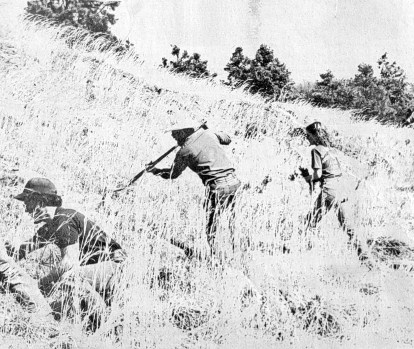 The Silver Spurs 4-H spent a Sunday in March 1983 planting spruce and white pine in a strip mine area in Fox Hollow. The trees were donated by the Izaak Walton League in order to help reclaim the strip land which had been hit by a forest fire the previous spring. (The Ironton Tribune | File Photo | Carol Kitts) 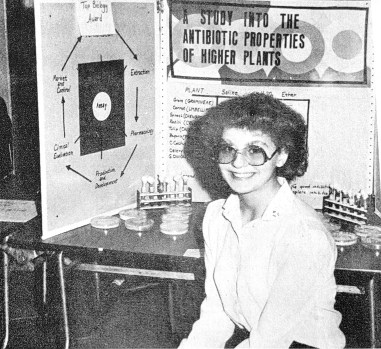 Sharon Kennedy was awarded the top place in biology for her entry in the 1982 Ironton High School Science Fair. She went on to the district Science Fair in Athens. (The Ironton Tribune | File Photo | Mike Rowley) 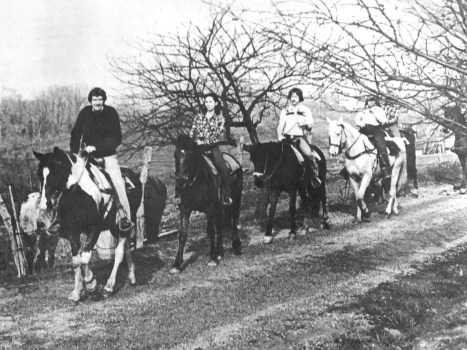