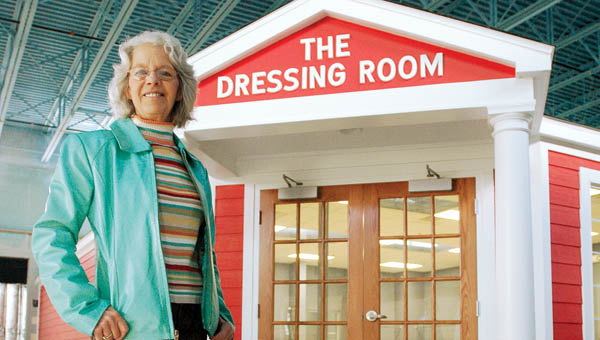 Lucy Davis knows a little about how to make a non-profit work. No, that’s just a bit of an understatement. With 13 years of serving on the boards of a variety of Tri-State organizations, she definitely knows what it takes to bring the funds in and to send them back out as a helping hand to others.

So when she was asked to take over one of the oldest and most established non-profits in the Tri-State, Davis was as comfortable about the prospect as curling up in a favorite chair in front of a toasty warm fireplace.

It was seven years ago when Davis was asked to become director of Federated Charities that has for 80 years supplied free used clothing to men, women and children, no questions asked. Located in an old frame house a couple of blocks from downtown Ashland, the organization had struggled with a downturn in donations that was forcing cuts in the number of those it helped.

No problem. Davis took her “never met a stranger” personality and started soliciting clothes anywhere she could. Friends. Colleagues. Upscale boutiques. National chain department stores. Even at ball games at the local high school stadium, much to the chagrin of her then teenaged children.

So much so that the 10,000 individuals served the first year of her leadership swelled into four times that in the next three years.

“They are on fixed incomes,” she said. “They are struggling. Three years ago, we added blankets. With heating bills and rates rising, people were cold. I couldn’t pay their electric bill, but we have solicited new and used blankets.”

However with volume quadrupling, that old house was shrinking fast. Often Davis and volunteers sorted stacks and stacks of clothes piled up on a kitchen table in a room without heat.

That’s when Davis teamed up with the directors of a half-dozen Ashland non-profits to change the look and more importantly increase the reach of all of their missions by joining forces.

“We decided all the agencies were having trouble finding a home,” she said.

So they all went out “house-hunting,” and found the abandoned processing plant of a former dairy singing a special siren call.

Now that barn of a dairy factory has a new name and a new mission as the headquarters of Neighbors Helping Neighbors. Looking much like an upscale shopping mall, the headquarters sports a main street ambience with Davis’ agency prominently featured with a fresh look and a different moniker — The Dressing Room.

Her career in the non-profit realm is a far cry from the work she decided on in college. Davis started out as a health and physical education major, teaching in the schools at Muhlenberg County.

When she relocated to Ashland, she segued to community relations becoming Ashland Inc.’s face on dozens of non-profit boards, when the company was headquartered in the Tri-State. Following a 10-year hiatus she took to bring up her two children, Davis came back to the workforce with renewed energy combined with the expertise gained from her years in corporate America.

It’s a career change that Davis finds has given her a unique satisfaction.

“Every day I have seen something different I didn’t know before, coming here from corporate to human services,” she said. “Just realizing a lot of people are struggling and trying to get back on their feet. Every day I see good things. There are nice people. I think helping people is the best thing you can do for your inward health.”

Alex Antzes, of Chesapeake, Ohio, joins his mom, Cynthia Clagg, at The Pottery Place to create unique items for their... read more