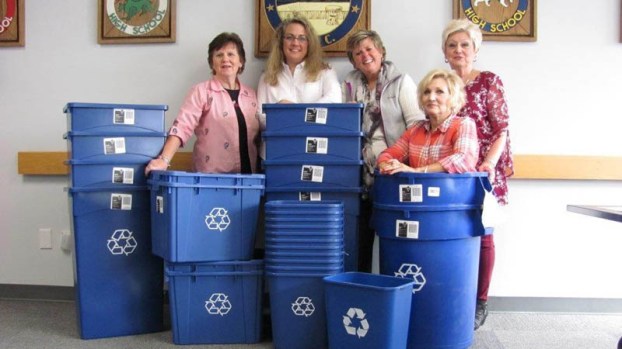 Bins dropped off to new location of ESC

Robin Waller, manager of the accounts payable department at the educational service center, was instrumental in getting the effort started.

The center recently moved from the Lawrence County Courthouse to the location of the previous Ironton-Lawrence County Community Action Organization (CAO) medical clinic on North Second Street in Ironton. The move also marked the beginning of the recycling program at the center.

“They’ve been very supportive of the recycling efforts, and we’re glad to have them on board,” LSSWMD Director Dan Palmer said.

Waller added that before the center joined the LSSWMD recycling program, she would promote recycling throughout the office herself, and made several trips to recycling drop off sites with loads of recyclables.

The district recently dropped numerous recycling containers off at the educational service center, which will be distributed throughout the office, something that Waller said will make continuing to recycle much easier.