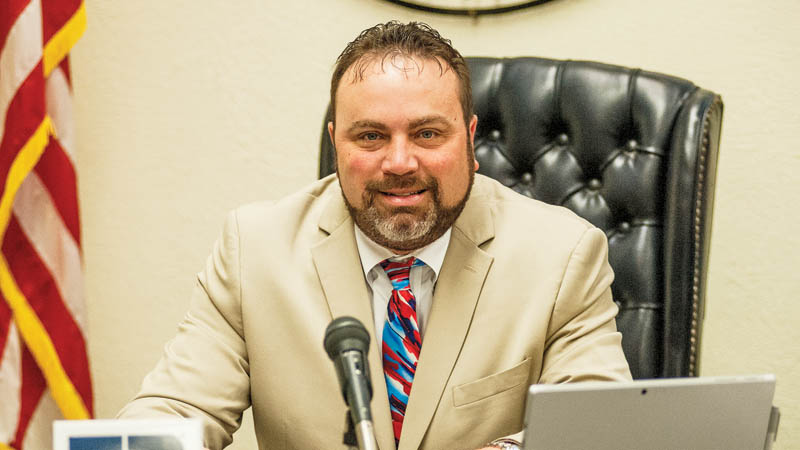 Lawrence County Commission Vice President Freddie Hayes Jr. filed his petition to run for a third term on the commission this past Friday at the county board of elections.

“There’s no doubt this is a full-time job and not a part-time job,” Hayes said. “I’m on call 24/7, on weekends, and I want to continue to be your full-time Lawrence County commissioner.”

Hayes’ second reason is that there are a lot of projects taking place throughout the county right now, referencing the new 911/EMA services center the county just purchased in Coal Grove and the new senior center in the works at the Lawrence County Fairgrounds in Proctorville.

“The senior center is something I’ve been working on since I started this, and the seniors are extremely important to Lawrence County,” Hayes said. “When the old senior center got voted down, I promised them that I’d get them a place to have their meals and we’ve done that.”

He also added that the county has been working well together recently, and is coming off one of its best years in 2017.

“We have a great team in Lawrence County; my fellow commissioners and all of the officeholders here, we’re working good together for the first time ever,” he said. “It’s been a great year. 2017 was great, and 2018 is going to be even better.”

“There’s a lot of things in this county that need to improve, and I’m the one who’s going to be there to do that,” he said.

The last reason Hayes said he wants to be re-elected to a third term is for the county’s youth.

“I want to make this a great county for the kids. I’ve always been about the youth,” he said. “It’s about your kids having nice jobs, nice homes. That’s what the future is about.”

The last day to file is 4 p.m. Wednesday. The board of elections will certify the validity of the candidates’ petitions on Feb. 19.