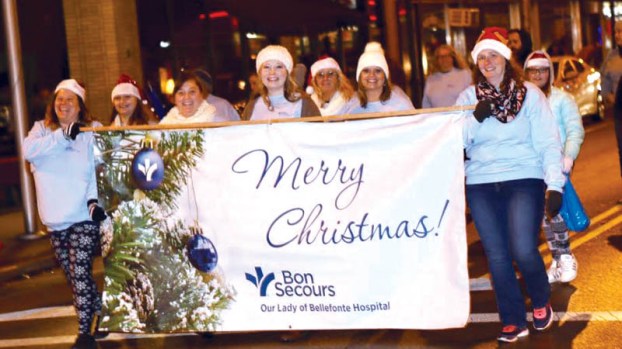 Ironton had its annual Christmas parade through downtown Monday evening, an event that was started by the Ironton Lions Club in 1993.

Along with numerous walkers and vehicles representing a plethora of businesses, schools and others, a few floats also made their way through the route, including those from Blessed at Home, Resurrection Hope United Methodist Church and Pawn World.

Wrapping up the parade was a visit from Santa Claus to get everyone in the spirit of the holiday.