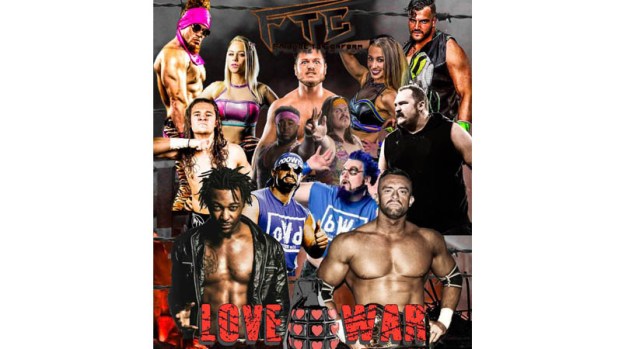 The Ro-Na Theater in Ironton will be turned into a wrestling arena Saturday night, as Failure to Conform (FTC) Entertainment will host “Love and War,” which will feature numerous wrestling matches, including the National Wrestling Alliance (NWA) Heavyweight title match.

“These matches are usually reserved for big shows, 5,000-plus attendance,” Joe Pace, FTC promoter and organizer, said. “So, for us to host, it is incredible. It is one of the most recognized pro wrestling titles in the world and has been around since the 1920s. Guys like Bruno Sanmartino and Ric Flair have held this title.”

Other matches “Love and War” will have include the FTC Heavyweight title, where current champion Dapper Dan will try to defend his title against Tyler Matrix in a ladder match, FTC tag team titles and the FTC women’s title match.

Pace said that another match of the night would include traveling champion Eric Darkstorm trying to defend his AIWF championship against Caleb Konley.

“The show will also feature former WWE’s BWO (Blue World Order) as well as a 16-man battle royal match,” Pace said. “It will be a stacked card top to bottom.”

Items needed for basketball raffle Person Centered Services in Coal Grove is collecting any, and all types of donations for... read more