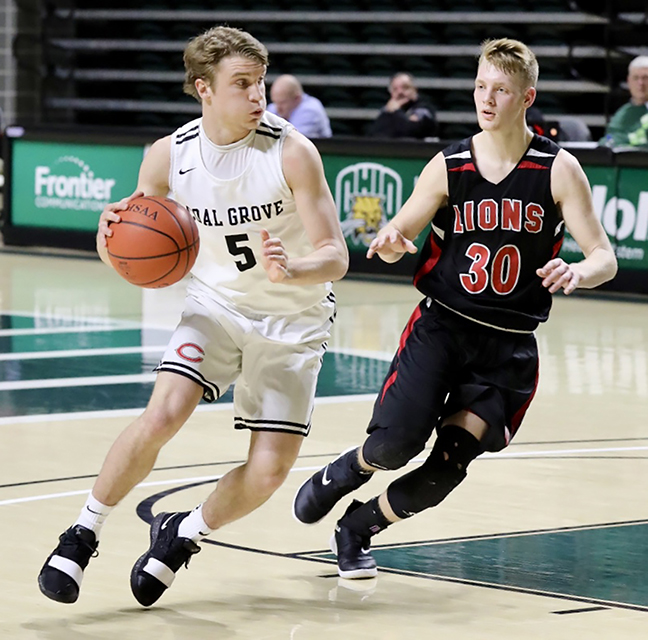 COAL GROVE — Balance is the key to having a good team. Maybe that’s why the Coal Grove Hornets and Waterford Wildcats are playing in the Division IV district finals.
Both the Hornets and Wildcats have balanced offenses and stress defense. That style of play has the two teams meeting at 8:15 p.m. on Thursday in the Division IV district finals at Ohio University’s Convocation Center.
The Hornets’ offense averages 57.8 points a game and the Wildcats 51.8 per contest as both teams enter the game with 17-6 records.
Coal Grove is coming off an 81-46 rout of Leesburg Fairfield while Waterford topped Whiteoak 56-43.
Russ Young had 20 points and nine rebounds while Nick Fouss got 12 points in the Wildcats win. Zane Heiss had nine points, Wes Jenkins eight and Peyten Stephens five points and five rebounds.
On the season, the 6-foot-3 Young average 13.9 points a game to lead a balanced Waterford offense that relies on its defense. The 6-3 Stephens averaged almost 10 points a game.
The Wildcats are expected to start Young, Stephens, the 6-foot Heiss, 6-foot Fouss and 5-11 Holden Dailey.
“Their point guard (Heiss) is a nice player. He shoots the ball well,” said Vanderhoof. They’re a well-coached team. They shoot the ball well as a team. It’s hard to focus on one player.”
Coal Grove is led by 6-3 senior Aaron Music with 17 points and 8.6 rebounds a game while 5-10 junior Cory Borders averages 12.5 points and 3.4 rebounds and 5-11 senior point guard Jaylen McKenzie 9.5 points, 3.6 rebounds, 3.0 assists and 1.5 steals a game.
The Hornets had their best shooting game of the season against Fairfield as they made 31-of-56 shots for 55.4 percent including 14-of-22 from the 3-point line for a sizzling 63.6 percent.
Vanderhoof admitted it is unrealistic to expect his team to shoot that well Thursday.
“We have to come out and play well,” said Vanderhoof. “We aren’t going to shoot the ball as well as we did the other night, but we do have to play good defense and we have to rebound. Against Fairfield, we didn’t give up many second shots.”
The winner advances to the regional semifinals at 8 p.m. Tuesday at Ohio University. They will play the winner of the East district between Berlin Hiland and Strasburg Franklin.

GOODYEAR, Ariz. (AP) — Anthony DeSclafani was pegged as the No. 1 starter in Cincinnati’s rotation until injuries affected each... read more