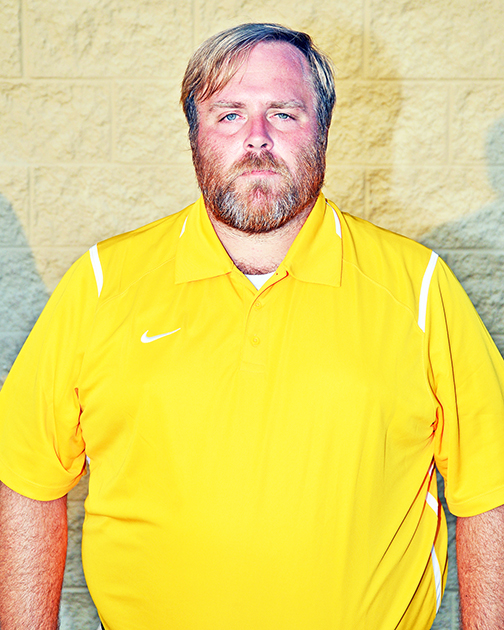 FRANKLIN FURNACE — Chad Coffman knows in a small school that coaching football is a big challenge.
The veteran high school football coach has accepted that challenge as the new Green Bobcats head football coach.
“It’ll be a good challenge. It’s a league if you can get a solid core group out, you can compete with people,” said Coffman.
“They’re a small school. I was out at Symmes Valley for a little while so I understand that. It’s always going to be a bit of a challenge. It’s a league where numbers are an issue and it’s an advantage for communities that have (numbers).”
Coffman takes the helm of a program headed by Ted Newsome the past six seasons. Newsome resigned the position to accept a job as an assistant at Ironton.
With school facilities closed and contact between coaches and players not allowed, getting to know his players has been put on hold.
Despite the drawbacks, Coffman prefers to look at the positives on the horizon.
Coffman said having been an assistant at Symmes Valley the past two seasons and playing against Green gives him a little background into the players.
“I got to line up and watch them play for a couple of years when I was out there. I’ve coached quite a bit and it’s something we’ve had success with getting kids to come out,” said Coffman.
“They lost a big senior class this last year and there will be some challenges with the situation, but I look forward to getting out there and getting to know the kids and hopefully getting them to join that football family and be part of that community.”
Green passed a levy and will soon have a new high school with new athletic facilities including a football stadium and track.
“I think that they’ve got a great community and it’s going to be exciting when they get the new school done and get the new stadium done. I think all those things lend to the excitement,” said Coffman.
“They’ve got some younger classes at Green they’re pretty excited about and hopefully they’ll be excited to move into this newer school and they’ll be excited about the direction things are going at Green.”
Coffman was hired at South Point in 2015 after a stint at Ashland Crestview where he was 26-26 in five seasons and led the Cougars to their best season in school history in 2011 when they went 10-0 in the regular season and advanced to the regional semifinals.
Coffman is a 1994 graduate of Fort Frye where he played for his father. It was his father, Ralph, who got him into coaching. After retiring, his father was asked to coach the junior high and he agreed but only if his son helped.
It was at Fort Frye that Coffman had his first contact with Green.
“They’re a program that’s had some really good years at times. I remember we scrimmaged them when I was in high school and they had just come off a couple of years when they had been really good and they’ve had that. A couple of years ago they had a really good team,” said Coffman.
Football wasn’t Coffman’s first career choice.
“My passion was politics. I was working for someone and he lost a race, so I took the time to go to law school. I found myself in the law library and I couldn’t get it out of my head. I liked seeing the kids’ improvement,” said Coffman.
After obtaining teacher certification, Coffman decided to bypass the saturated field in Ohio for more opportunities that were available in Texas.
He spent one year in Texas as the head girls’ basketball coach at Munday High School while coaching three other sports.
He returned to Ohio and was the head coach at Caldwell from 2005-08 and won the league title his first season — the school’s first in 13 years — and earned Eastern District Coach of the Year honors.
Coffman took an assistant coaching position at Columbus South from 2008-10 and then was hired as Crestview’s head coach in 2010.
Coffman and his wife, Carmen, have a son, Caden, 12, and daughters, Belle, 9, and Athena, 5.